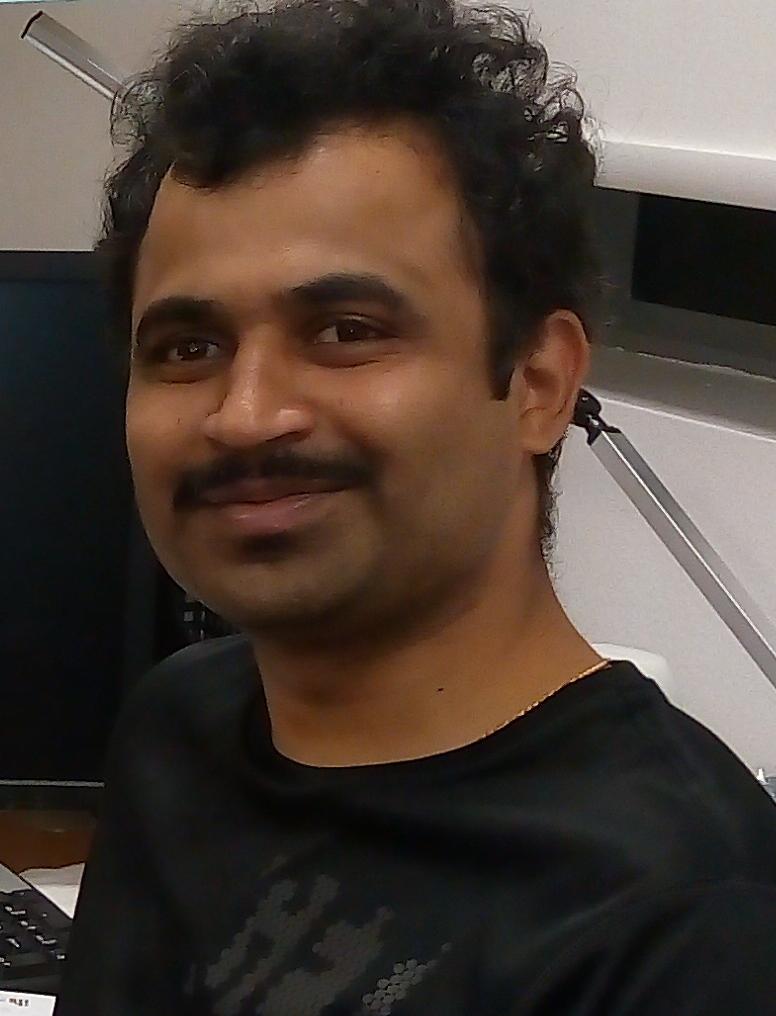 His lab on Terahertz Micro-Nanophotonic Technologies (TMNT) at IAP, IISc is primarily interested in investigating the ‘terahertz light-matter interactions’ at the ‘nanoscale’ to instigate and drive the new realm of ‘terahertz nanotechnology’. The research is being carried out in the broader aspects of terahertz science and devices with main focus on terahertz spectroscopy of nanomaterials and terahertz photonic/polaritonic devices. We use state-of-the-art terahertz spectroscopic tools to drive, probe and control the spin, charge and lattice degrees of freedom in the low-dimensional materials to develop novel opto-electronic devices as well as to study the strong terahertz physics in the realm of cavity-QED and pump-probe experiments.

Some of the current research interests are,

Manukumara Manjappa received his Integrated M.Sc in physics from University of Mysore, India in 2009 and M.S (Research) from National University of Singapore in 2013. He joined Prof. Ranjan Singh’s lab at NTU Singapore, where he got his Ph.D degree for the work on  reconfigurable terahertz devices in 2019. He did his initial postdoctoral works from 2019-2021 at the center for disruptive photonic technologies (CDPT), NTU Singapore in the supervision of Prof. Ranjan Singh and Prof. Nikolay Zheludev. He later joined Prof. Junichiro Kono’s lab at Rice University, USA as a postdoctoral research associate from 2021-2022, where he worked on quantum photonics experiments in carbon nanotubes. He joined the Instrumentation and Applied Physics department as an Assistant Professor in Nov. 2022. His research interests include ultrafast spectroscopy, ultrastrong polaritonics, cavity quantum materials, metamaterials, THz spintronics and quantum photonics.