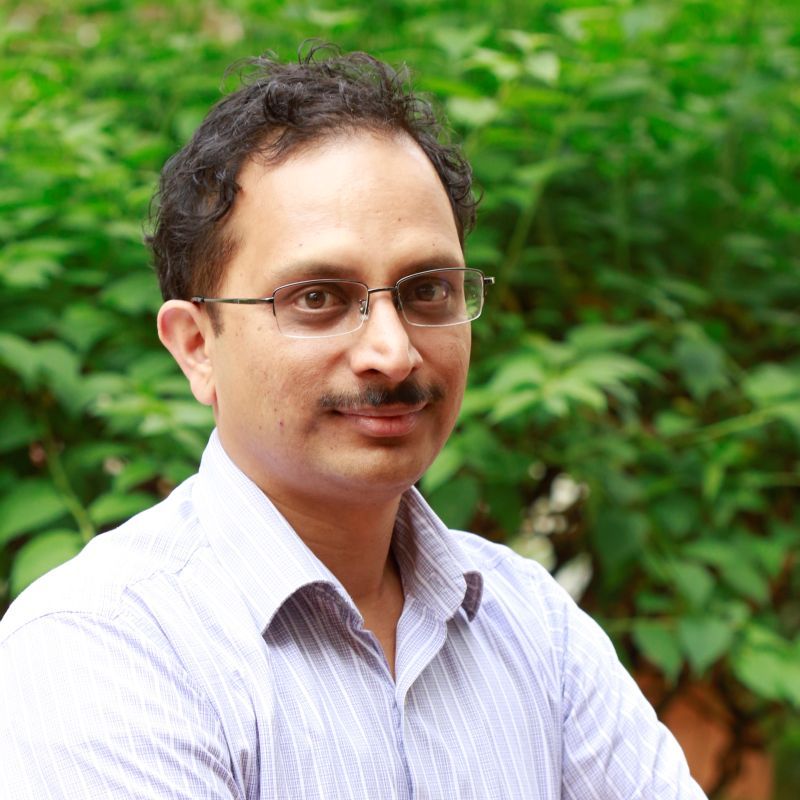 Jayanth’s group is primarily interested in measurement and control of motion and forces at micrometer and nanometer length scales. Towards this end, his group is developing new measurement techniques, probes, actuation techniques, and advanced control strategies. The newly developed engineering systems are used for novel applications in the areas of nanometer-scale imaging, micro- and nano-robotics, manipulation and three-dimensional nano-metrology. Other research interests include design and modeling of micro-electro-mechanical (MEMS) devices and development of instrumentation for wildlife conservation.

G. R. Jayanth obtained his B.Tech from Indian Institute of Technology Madras (IIT Madras) in 2002, M.S. and PhD from Ohio State University in 2004 and 2008 respectively, all in Mechanical Engineering. He was employed as a post-doctoral researcher at the Ohio State University during 2009-10. He joined the Department of Instrumentation and Applied Physics, IISc in 2010 as an Assistant Professor, where he is currently an Associate Professor.